Strong vintage style sans based on the titles of the 1941 zombie comedy film “King of the Zombies”.

Absurd American B Movie that layers it’s cavalcade of zany characters, slapstick comedy, espionage and Voodoo zombies, inspired by the success of 1940’s “The Ghost Breakers”.  Produced by Monogram Pictures, directed by Jean Yarbrough and starring Dick Purcell, Joan Woodbury and Mantan Moreland.  The role of Dr. Miklos Sangre was originally offered to Bela Lugosi, then Peter Lorre both of which did not pan out for various reasons, finally casting veteran character actor Henry Victor.

Followed in 1943 by a sequel called “Revenge of the Zombies”, with Mantan Moreland reprising his role as Jeff. 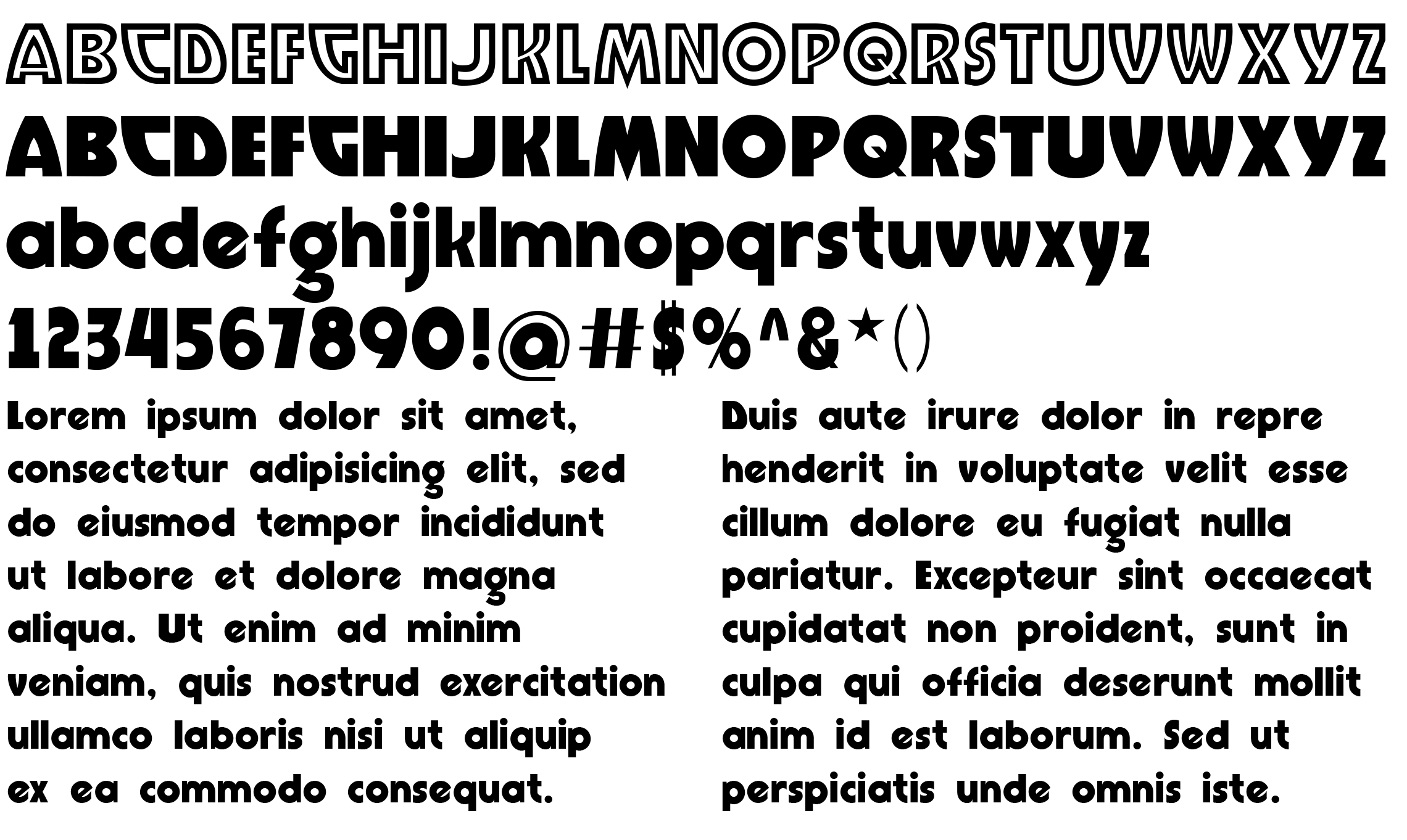