Dramatic sans with an Art Deco flair inspired by a logotype used for “The Double-Dealer” Southern literary journal.

The Double-Dealer was short-lived but influential modernist magazine that offered a platform for a veritable who’s who of young Southern American writers. Based in New Orleans, it was founded in 1921 by its editor Julius Weis Friend, with Basil Thompson, Albert Goldstein and John McClure as associate editors. The title comes from a play of the same name by William Congreve that Friend and Thompson both admired and which they felt embraced their world view.

Although it only ran for five years, it influenced a number of future publications who championed the cause of Southern literature for years to come. 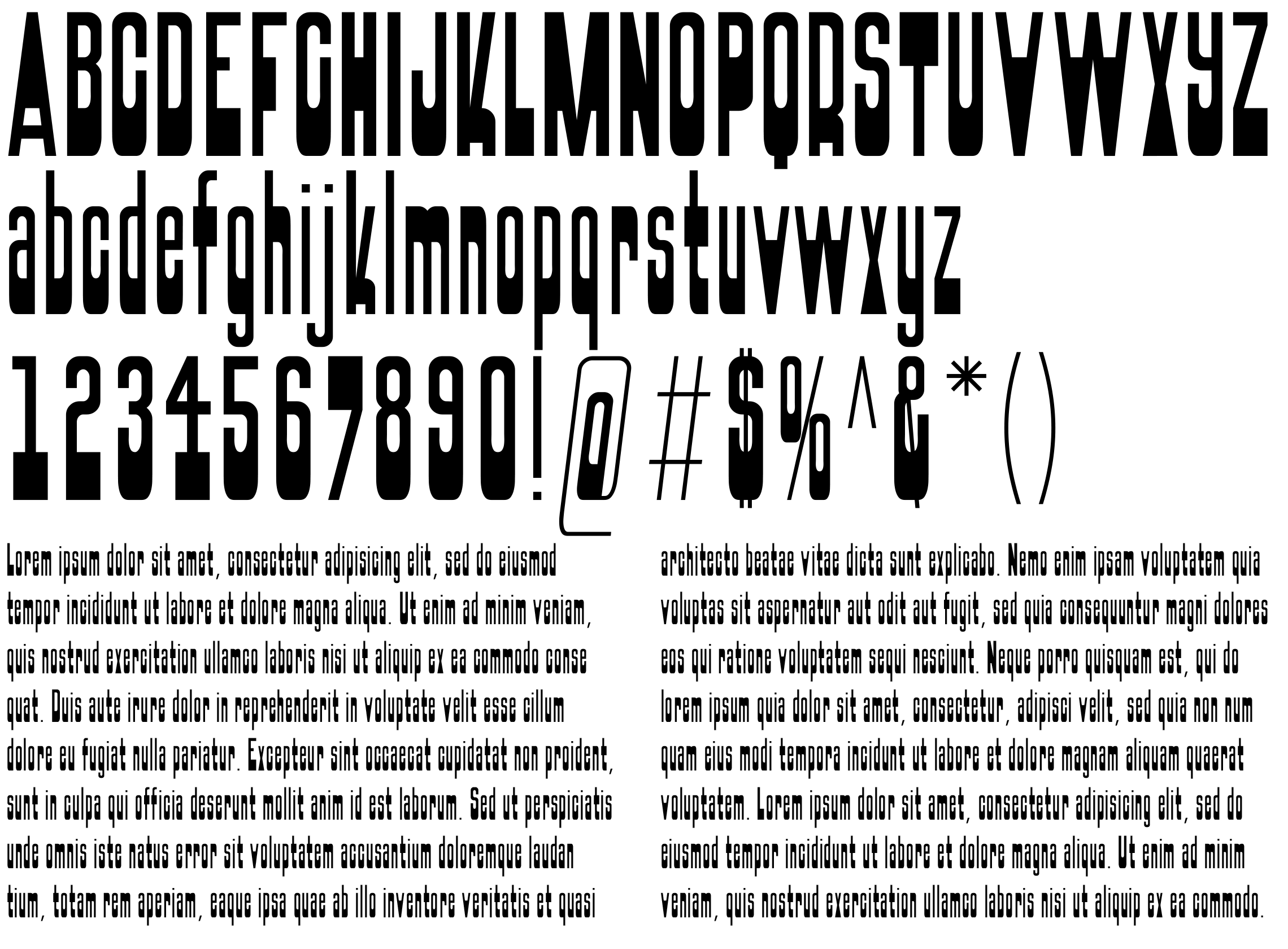