Bold and futuristic stenciled face based on the cover typestyle of the 1977 paperback edition of “Iceworld”.

This American science fiction novel, a tale of interplanetary drug smuggling, was written by Hal Clement. Original serialized in Astounding Magazine in 1951, it was then published for the first time as a novel by Gnome Press in 1953. 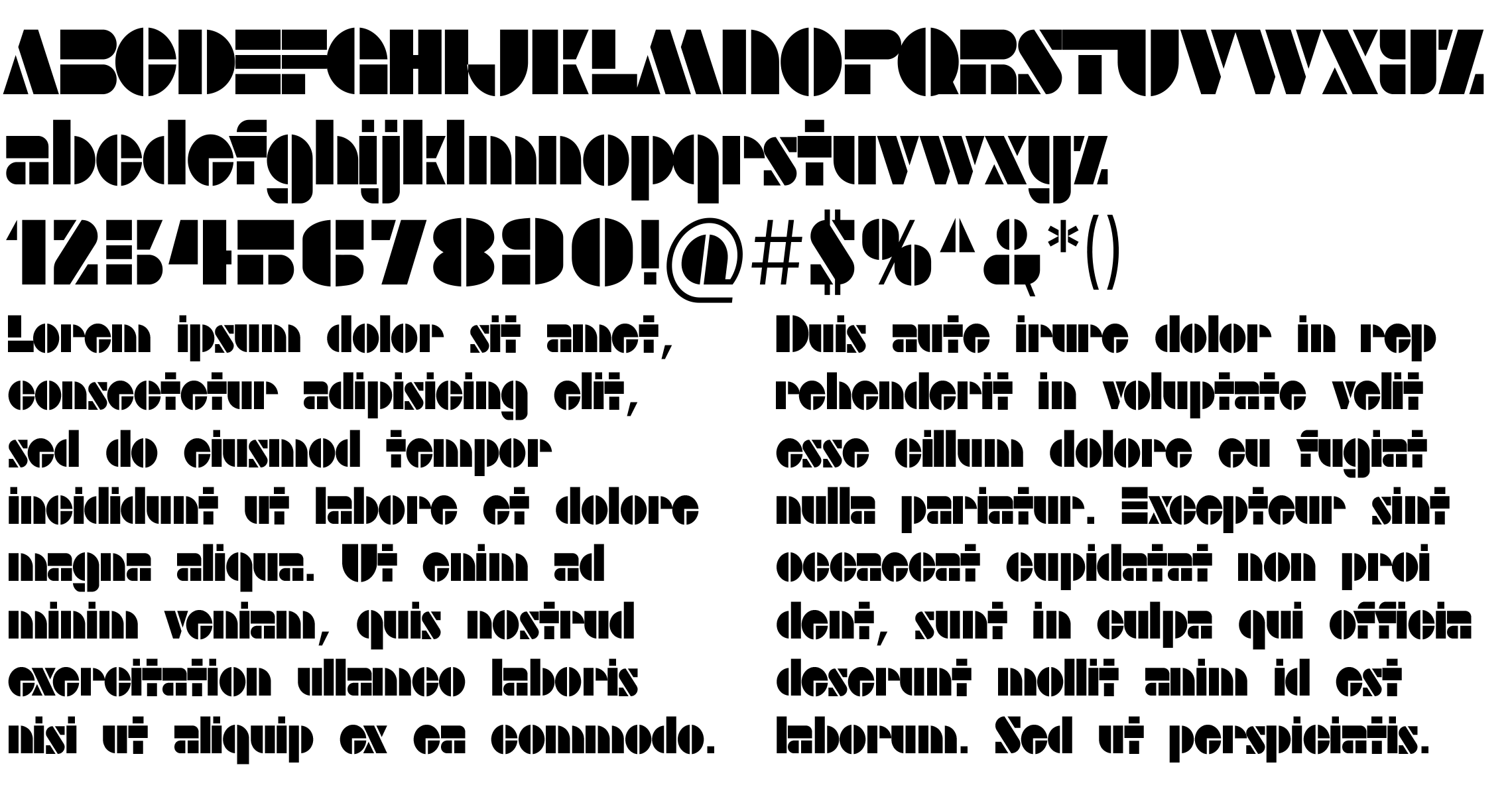