Thick and groovy face based on the typestyle used on Herbie Mann’s 1971 instrumental album “Push Push”.

The “Push Push” album was released in 1971, the first on Mann’s new Embryo label, and features a who’s who of players including none other than rock guitarist Duane Allman performing the majority of the solos. Considered by many to be his “grooviest” album. 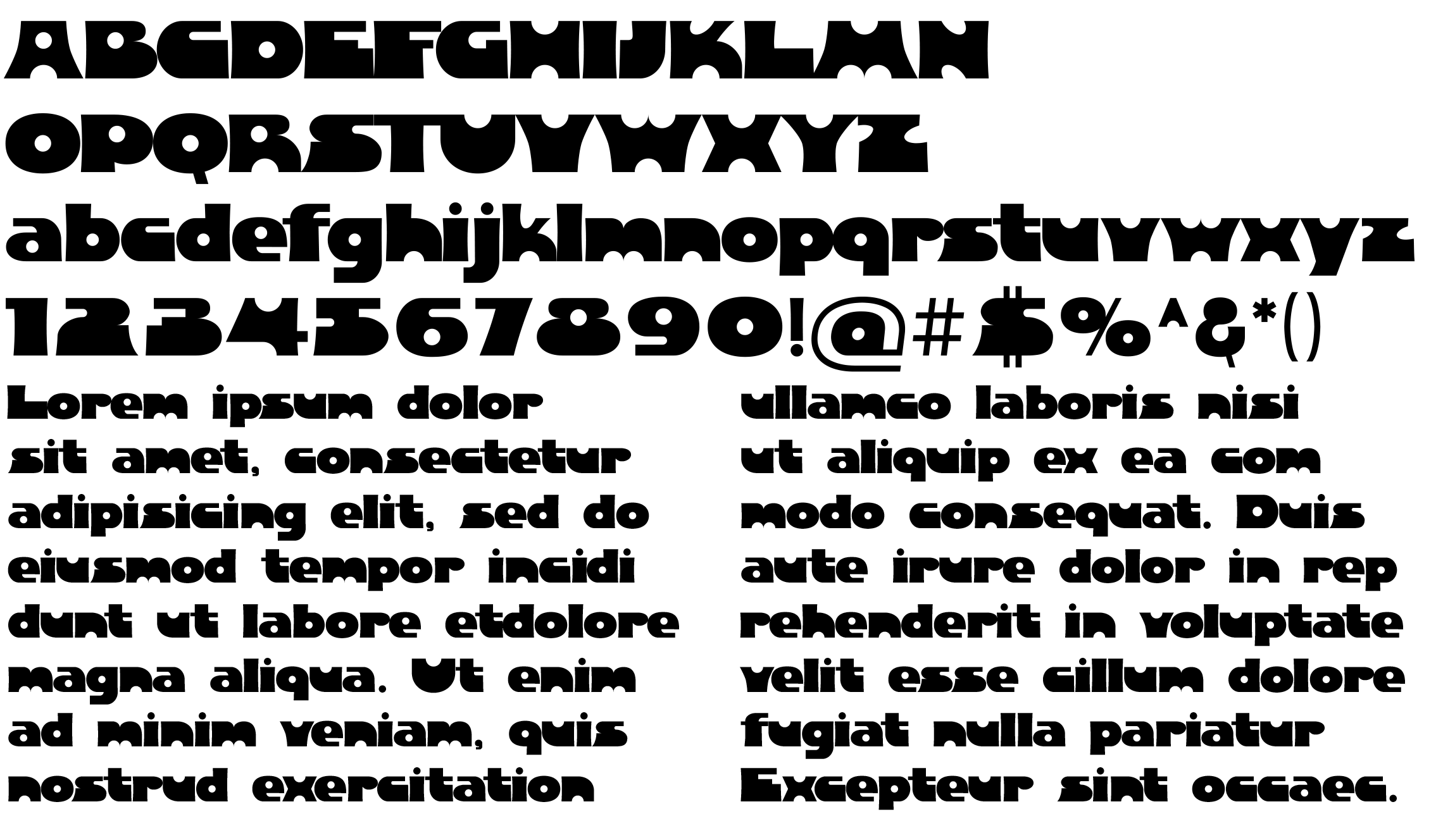