Vintage sans based on a typestyle used in the promotional posters for the film “Double Indemnity”.

This 1944 psychological thriller film noir is based on the 1943 novella of the same name by James M. Cain, originally published as an eight-part serial in “Liberty Magazine” in 1936.  The genre-defining classic was directed by Billy Wilder, starring Fred MacMurray, Barbara Stanwyck and Edward G. Robinson.  Its widely considered to be one of the best American films of all time.

The term “double indemnity” refers to a clause found in some insurance policies which doubles the payout in the case of accidental death. 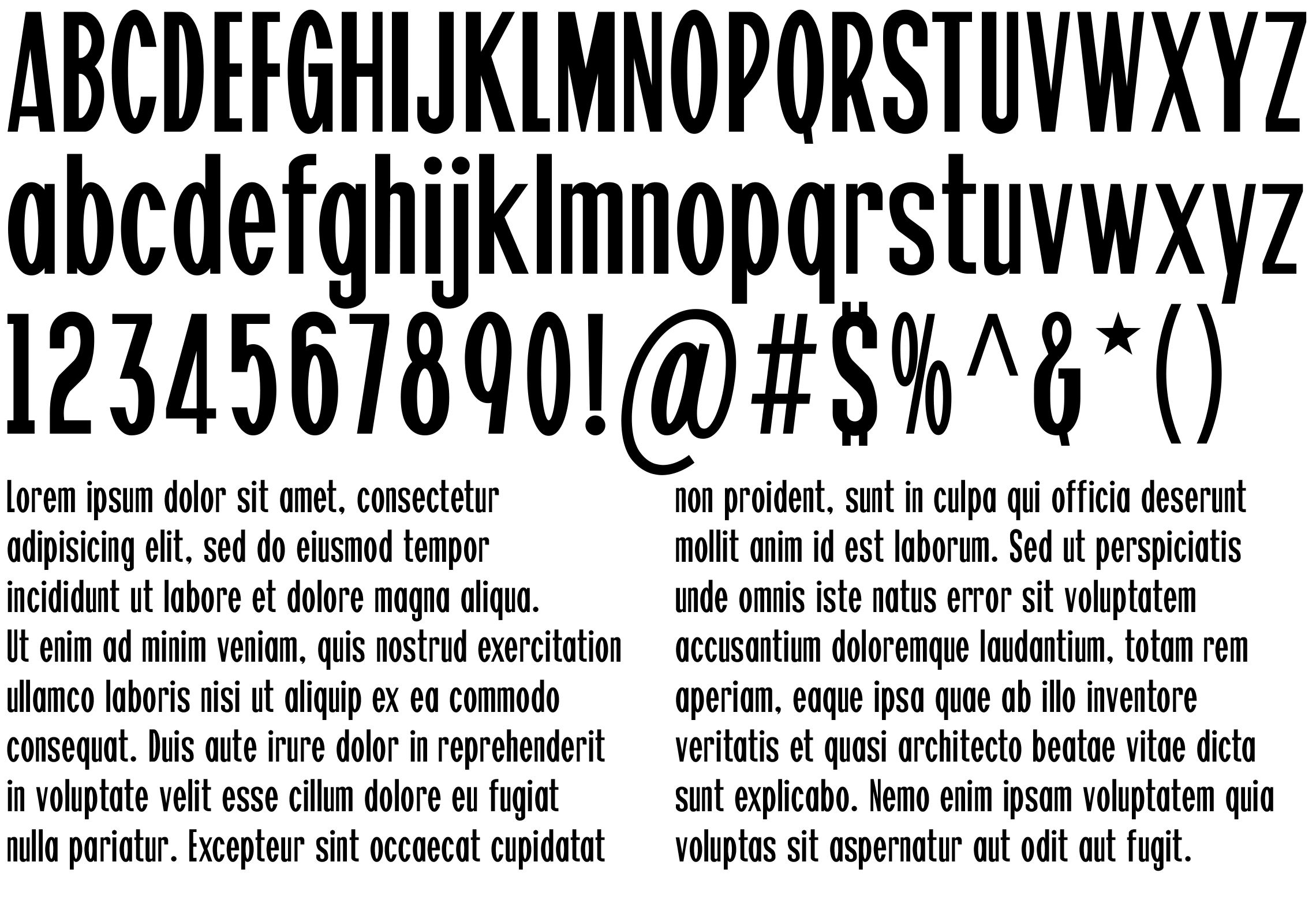