Vintage dimensional inline sans based on the label found on packages of “Russia Lausepuder”.

Issued to all the German troops during World War II, this lice powder was invented by Dr. Theodor Morell, Hitler’s personal physician from 1936 to 1945. This was only one of many dubious, quack medicines he invented. 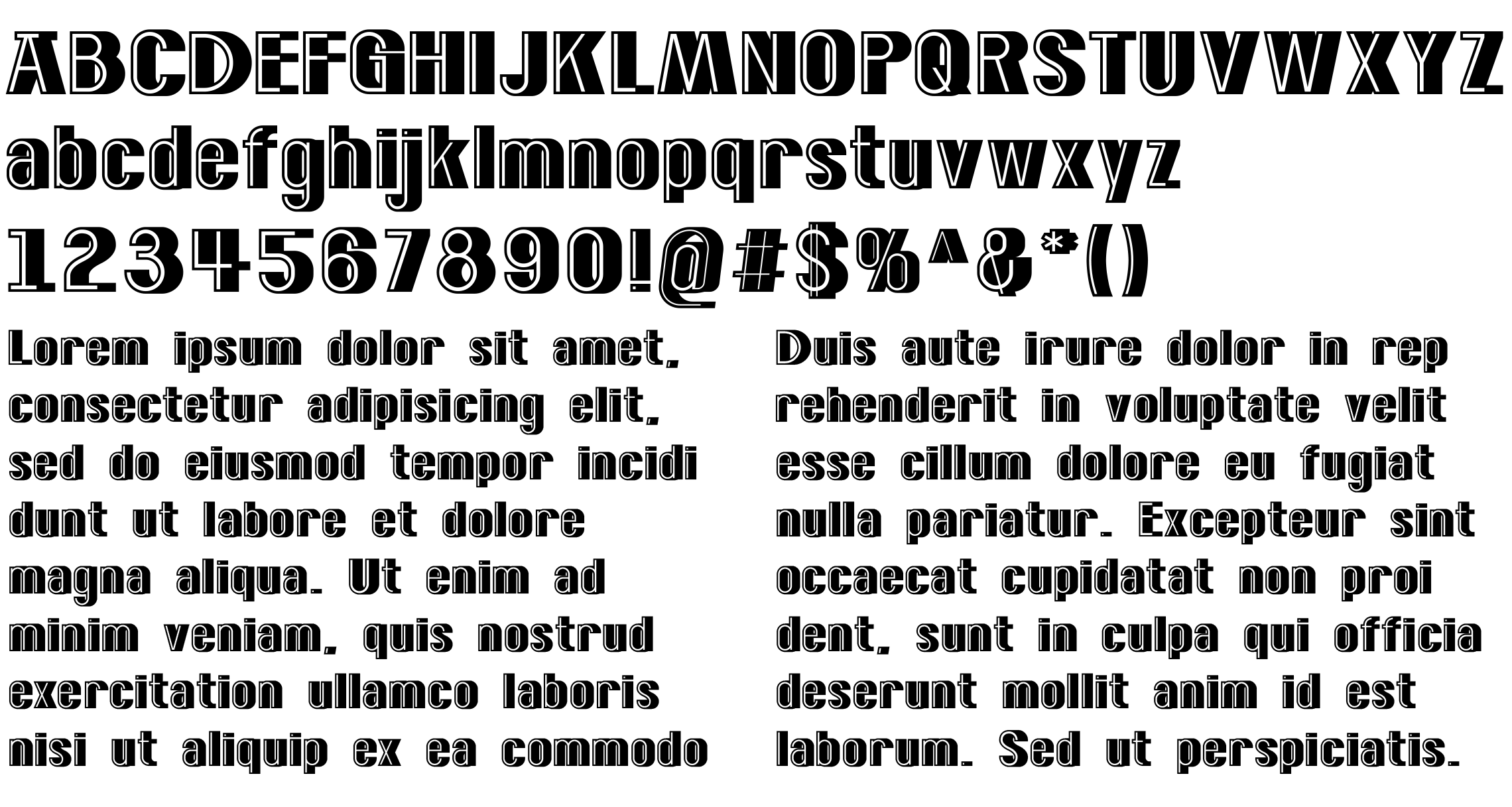