Gritty yet warm and friendly face which simulates the hand printing of the infamous comic artist Robert Crumb.

Robert Crumb is one of the most well known and prolific artists to emerge from the underground comic scene of the 1960s.  His controversial, sometimes offensive imagery marries his psychedelic experience, his obsession with pop culture from the early 20th century and his exploration of the perversities of the human condition. His influence is wide spread.

He’s also known as a great aficionado and collector of early blues, jazz and rural music 78s.  His band “The Cheapsuit Serenaders” have also put out several albums of this kind of music.

Love him or hate him, now you can print like him. 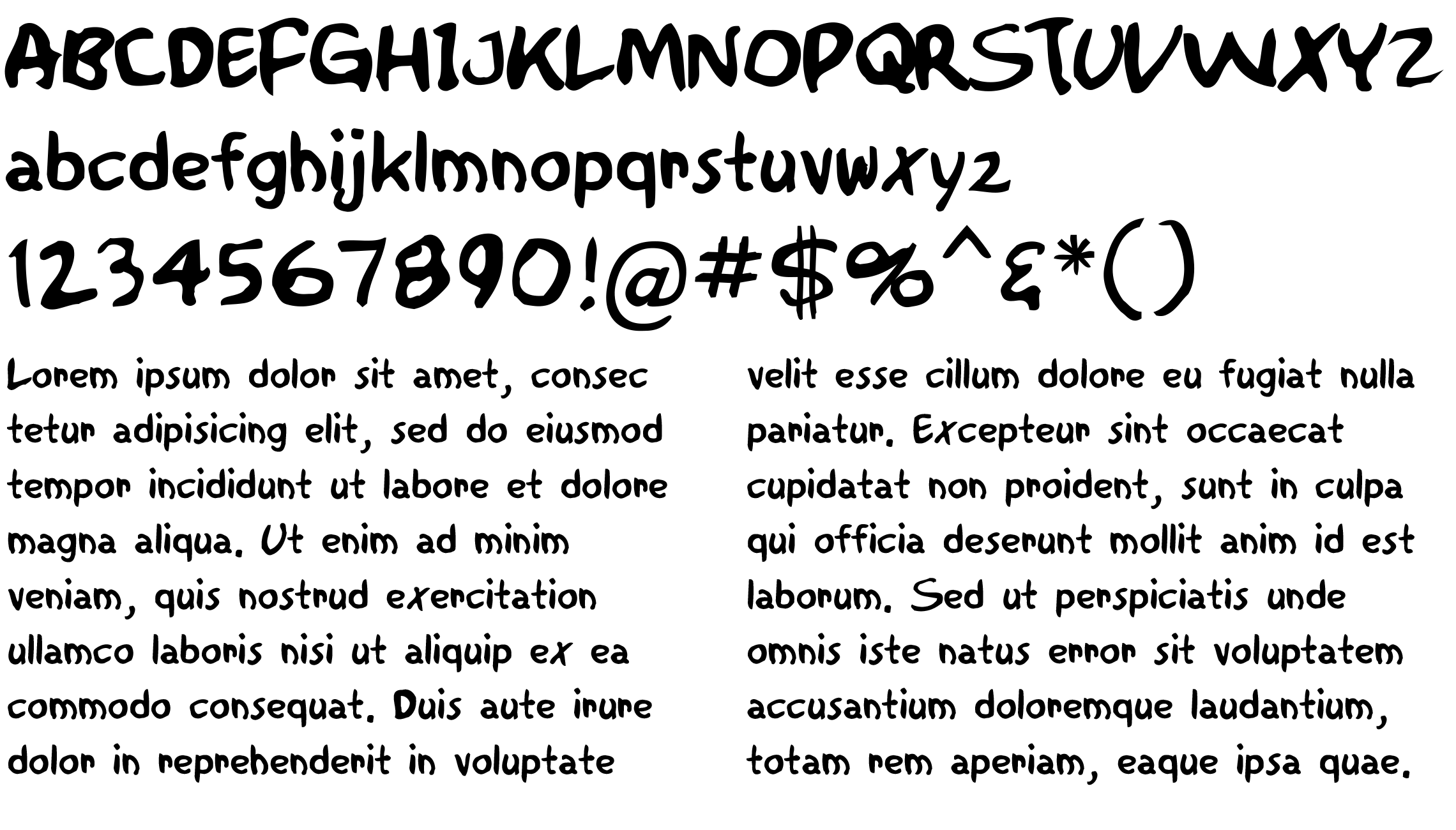