This is the long-awaited update of one of the most popularly used and published GautFonts of all time.

Bold, dark, retro and a little campy, inspired by the lettering first used for Samhain’s 1984 album “Initium” and then again on Danzig’s 1988 self-titled debut. This type treatment was based on the promotional posters used for the 1959 science fiction horror film “The Giant Gila Monster”, directed by Ray Kellogg. 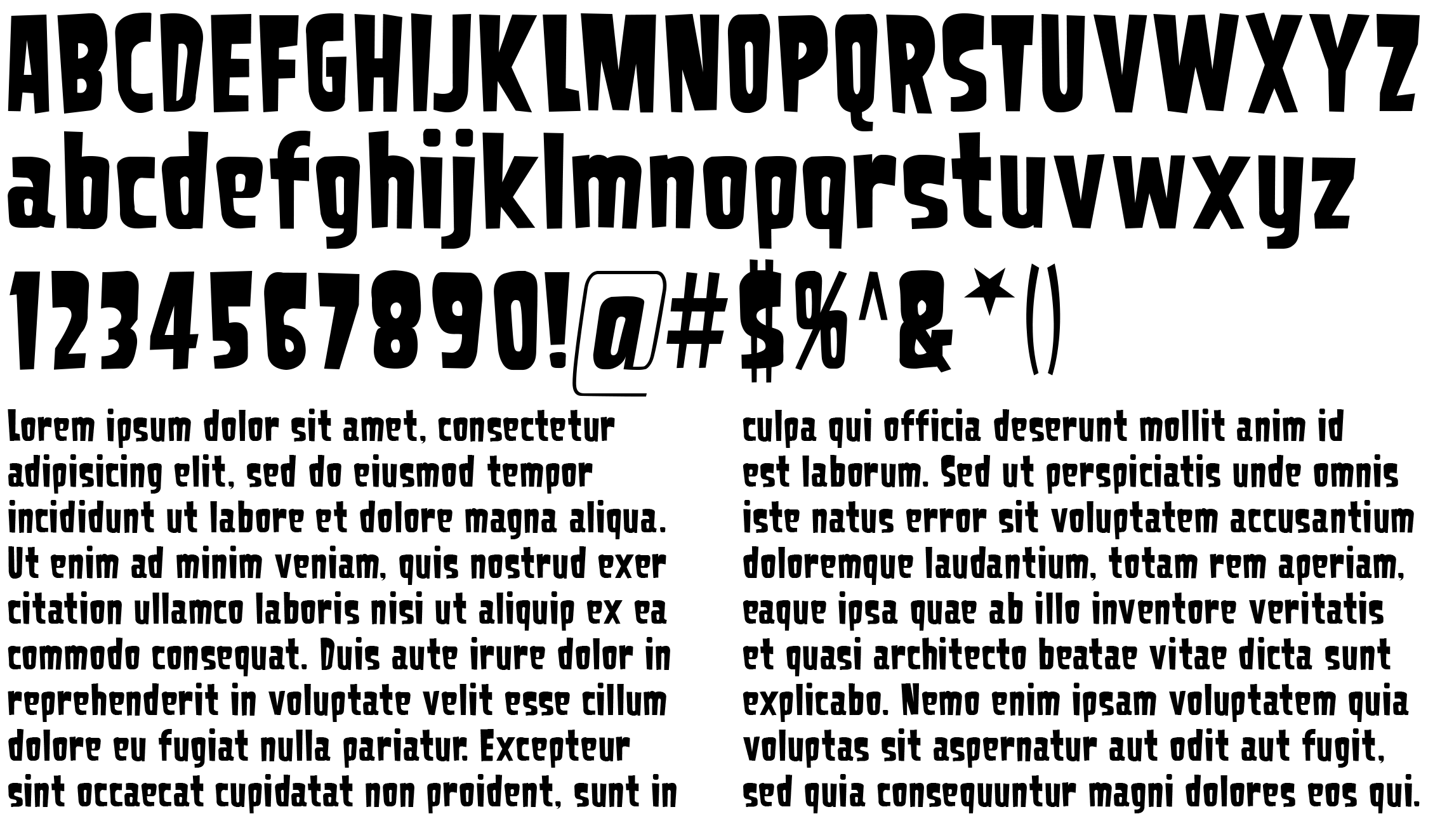