Very bold with a wild, primitive and untamed, lost world vibe, this is the update of the font named after the “Master of Disaster” himself.

Irwin Allen was an American director and producer, famed for his many science fiction TV series during the 1960’s and his iconic disaster films in the ’70’s. 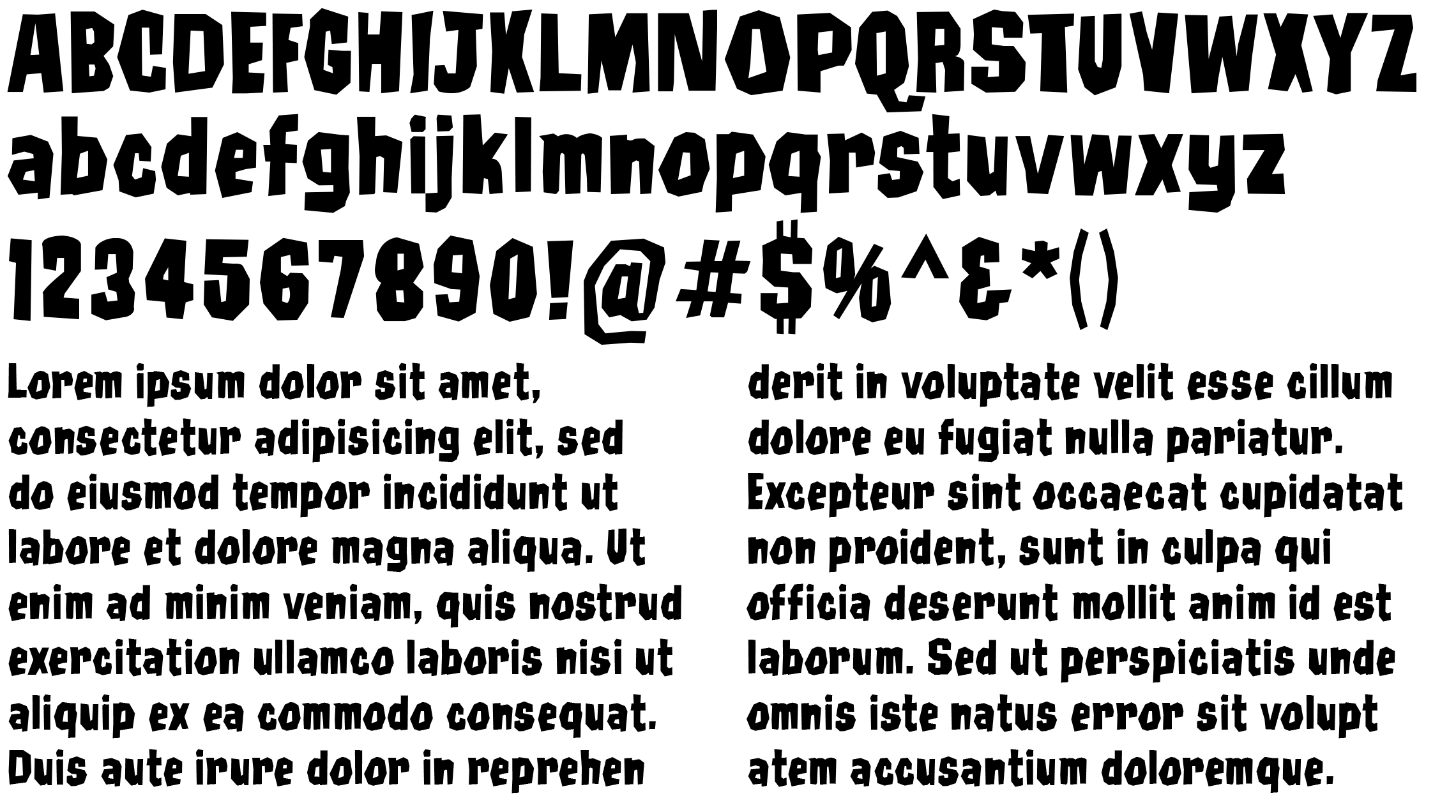