Based on the hand lettered titles from the animated segment “The Adventures of Letterman”, featuring the voice talents of Gene Wilder, Zero Mostel and Joan Rivers.

Sixty episodes were produced between 1972 and 1976 and were aired as part of  “The Electric Company“, a very popular kids show at the time, produced by the Children’s Television Workshop.

Two part font that features a face and a dimensional part to achieve tightly kerned titles with no weird overlaps: Set the dimensional part in one colour, paste on top and set that with the face in another colour. 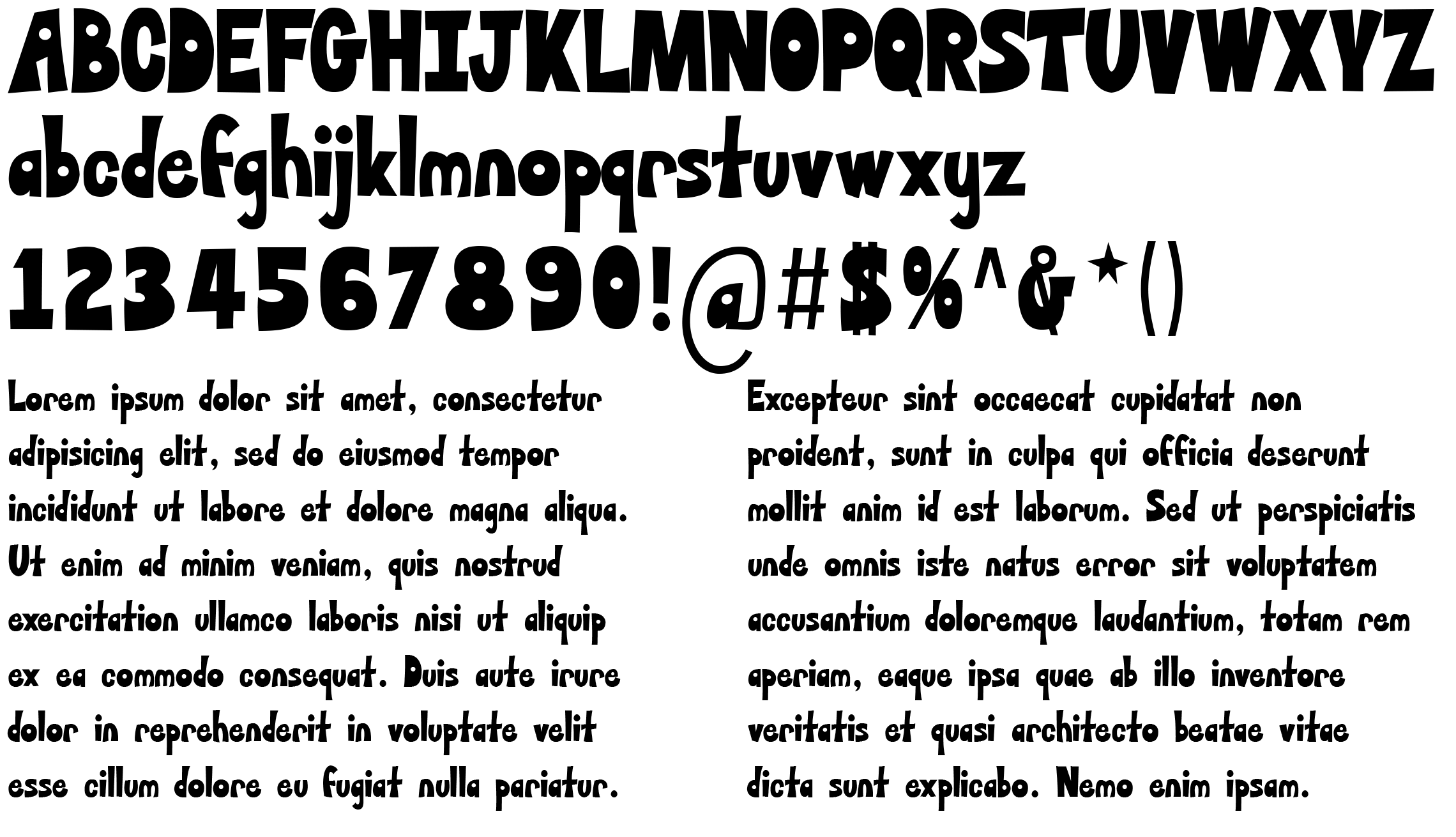