Monstrous, stencilled sans based on the titles of an Italian paperback edition of “Frankenstein”.

Mary Shelley (1797-1851) started writing her gothic horror masterpiece “Frankenstein; or, The Modern Prometheus” when she was eighteen years old. It was first anonymously published two years later in 1818. Finally, it was published under her own name for the second edition in Paris in 1821.

Considered by many to be the very first true science fiction story ever written.

An Italian language paperback was published in 1982 by Mondadori, as part of their “Oscar” series. Translated by Chiara Zanolli and Laura Caretti as “Frankenstein”, with cover art by Ferenc Pintér. 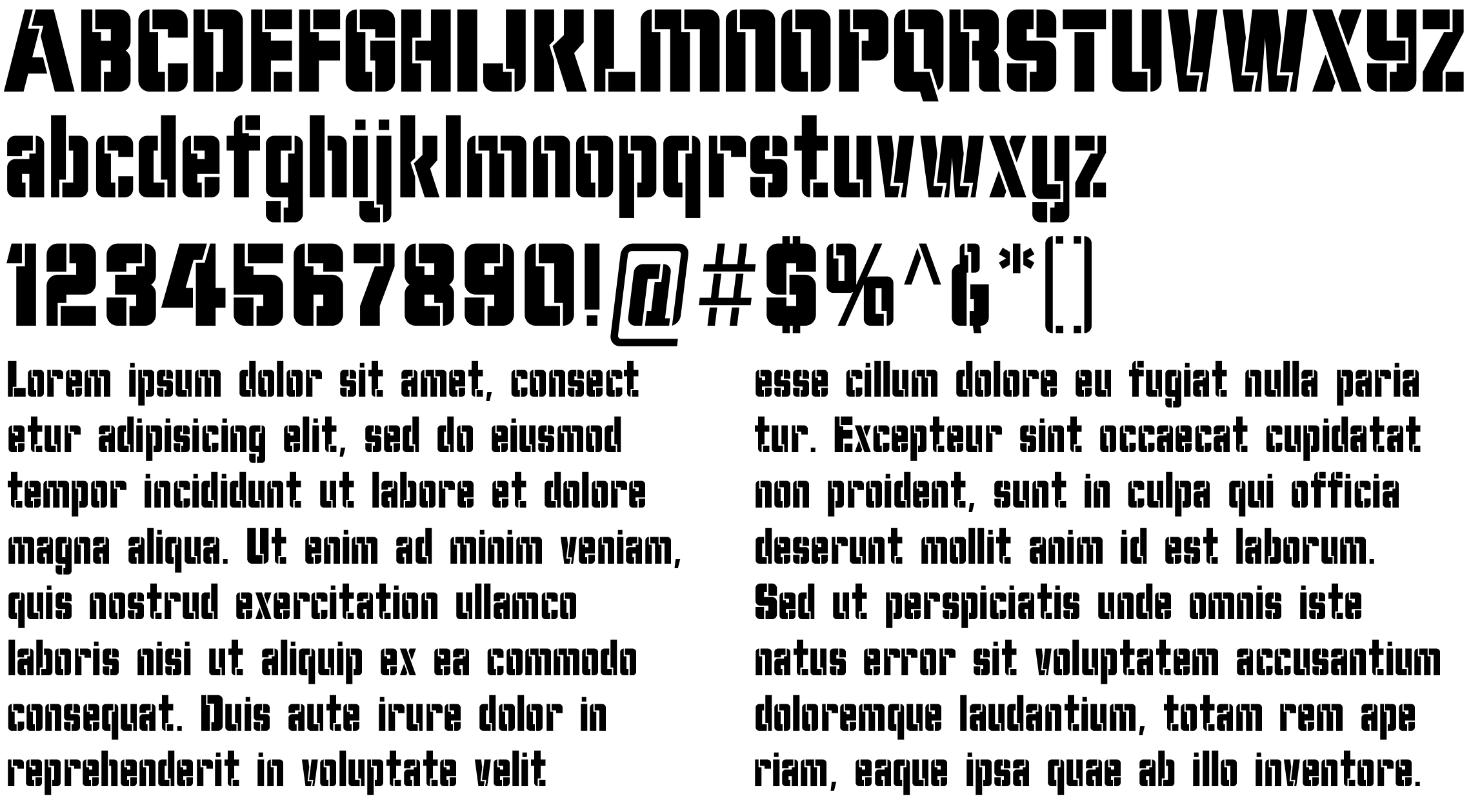