Distressed handrendered sans inspired by the title sequences of the post-apocalyptic film “The Last Man on Earth”.

Filmed in black-and-white, this 1964 science fiction horror is based on the  1954 novel “I Am Legend” by Richard Matheson. Starring Vincent Price as Dr. Robert Morgan (known in the novel as Robert Neville) and France Bettoia, directed by Sidney Salkow and Ubaldo B. Ragona.

Richard Matheson also worked on the screenplay but ultimately was dissatisfied with the end results and chose the screen credits “Logan Swanson” to creatively distance himself while still receiving residuals. 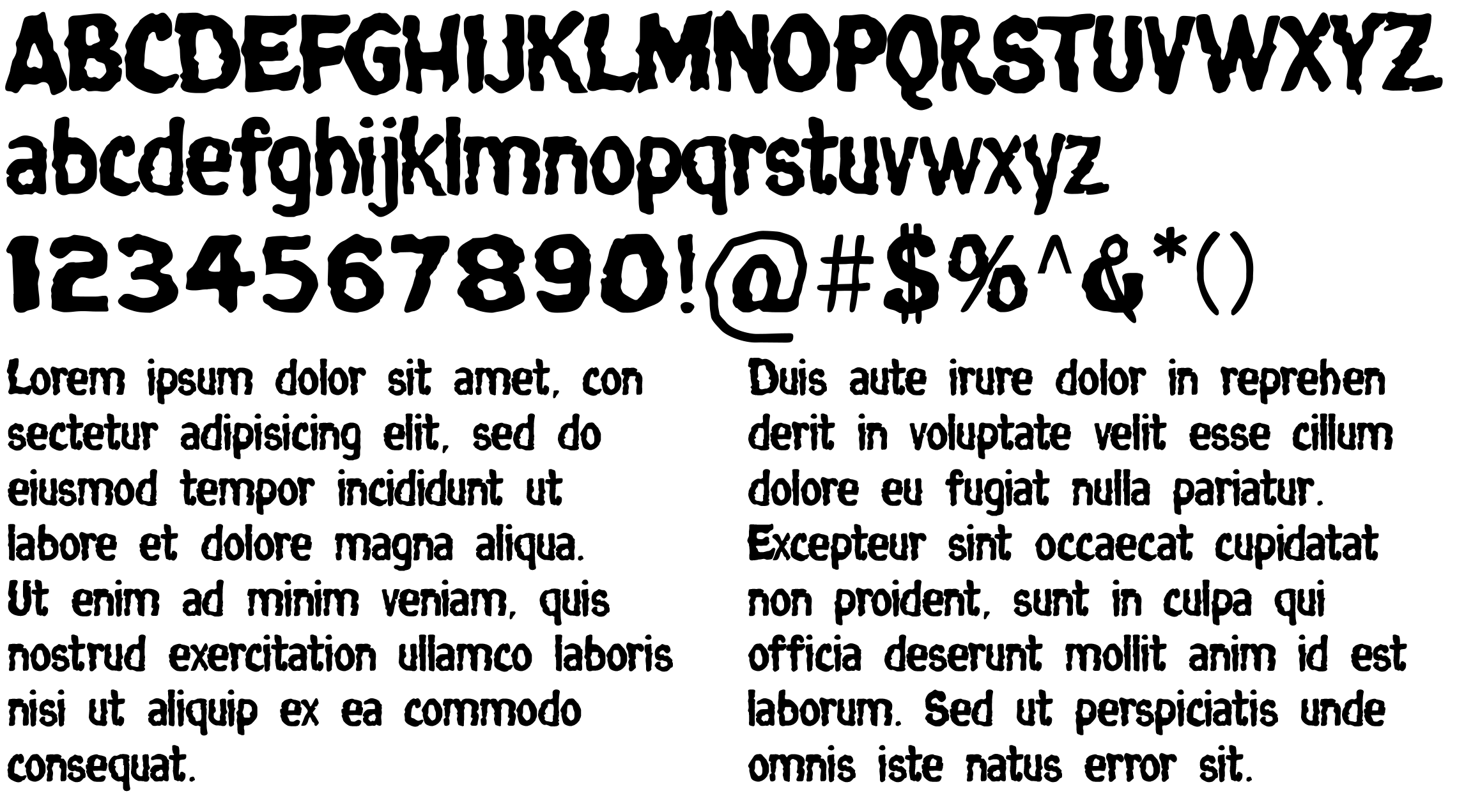