Scary vintage brush script based on the promotional posters for 1946’s “House Of Horrors”.

Originally planned as part of a series, its sequel “The Brute Man” was filmed in 1946. Unfortunately Hatton, cast in the lead role, died before either films were released.

Download NOW… or face the wrath of “The Creeper”. 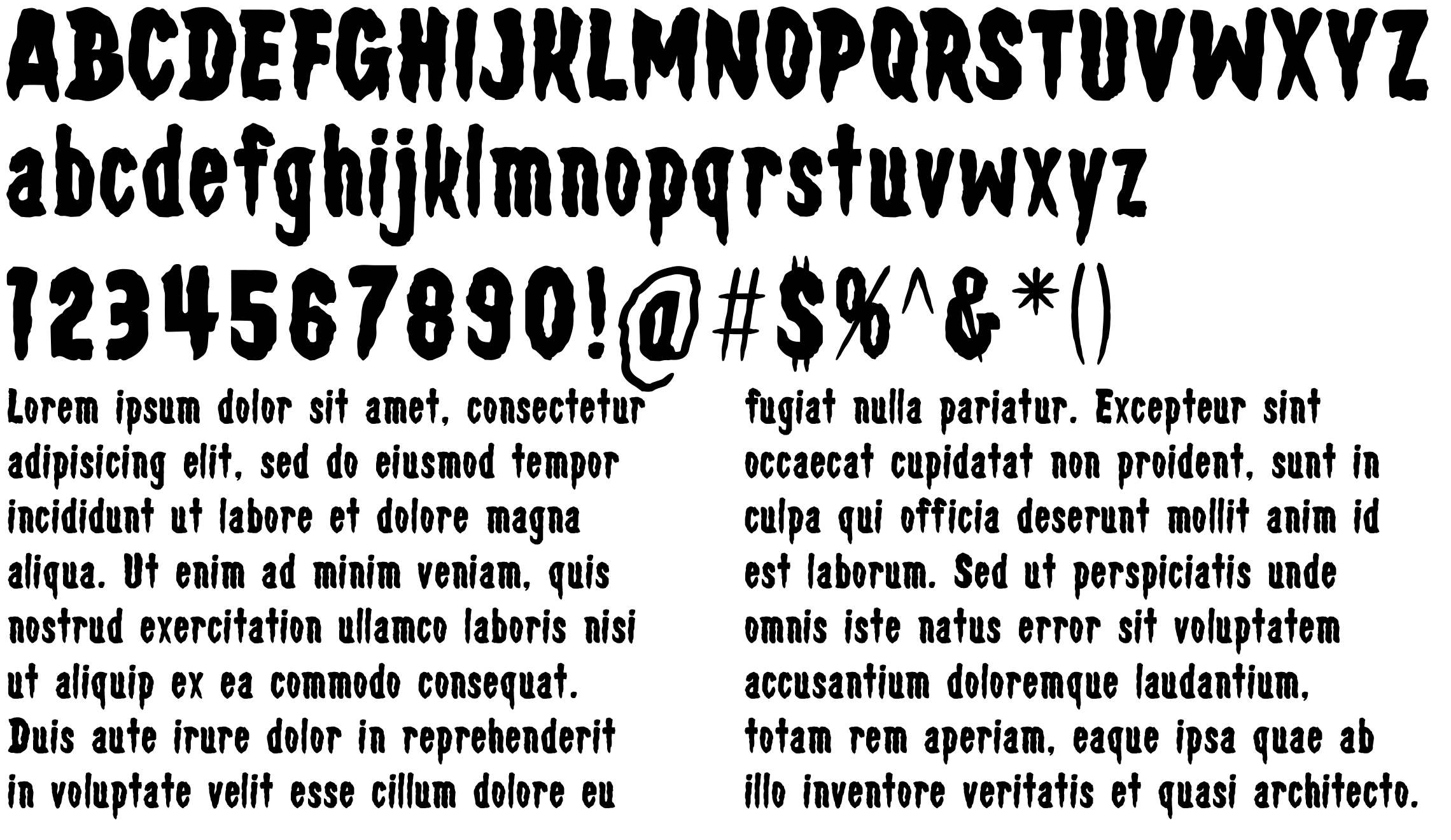